Innovate for the Future
Drive Impactful Innovation for Customers

V-Labs is a passionate team of Scientists, Engineers and Entrepreneurs with deep expertise in Computer Vison, Natural Language Processing, Signal Processing and Sensor based AI Platforms and Solutions. V-Labs is committed to reimagining businesses with the power of responsible AI and building the future of Intelligent Automation. V-Labs has many success stories leveraging Video/Image Processing, Contextual Analysis with NLP and Sensor-Physics based AI Automation.

V-Labs in partnership with SLK Software, offers game changing enterprise solutions to provide a unique business value. These experiences are created by intelligent computing systems that are able to process vast amounts of data and perform cognitive tasks such as Visual and Signal Processing, Natural Language Understanding and Sensor Based Imaging.

V-Labs captures and processes troves of data to build Machine Learning Algorithms and Models that capture complex patterns that help in making faster decisions, predicting logical outcomes and solving problems. Machine Learning is just not aspirational but its transformative when you partner with the right multi-disciplinary team of technologists to build and realize the high impact solutions. 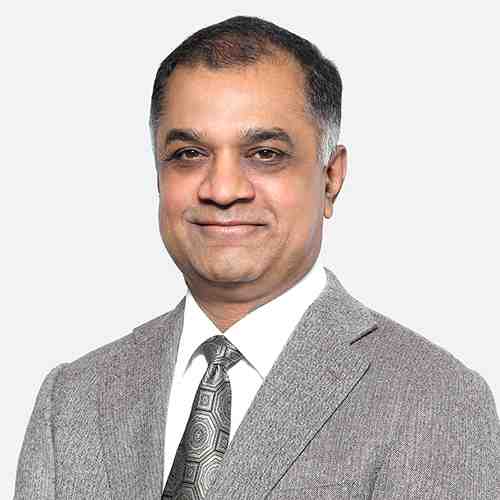 Parth is the Founder of SLK Group and its affiliated companies. He is a successful entrepreneur and a strong believer in the power of technology and automation. Parth is well known for his passion for building new ventures and growing them into valued companies. 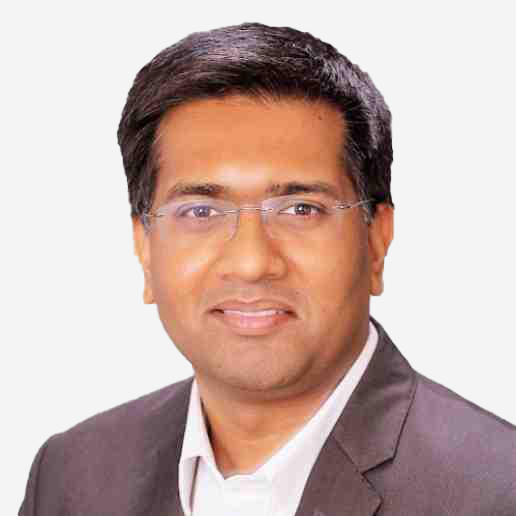 Murali Kota is the Co-Founder and Board Member of V-Labs and an Adjunct Professor of Electrical and Computer Engineering at University of Southern California, Los Angeles.

He received his Masters and PhD from Massachusetts Institute of Technology in 2003 and 2006 respectively, working in the areas of Quantum Computing and Information Processing.

Till recently, Murali was a Distinguished Member of Technical Staff for Advanced Technology Development at GlobalFoundries and a Chief Technologist of IBM India Semiconductor Research and Development Center. 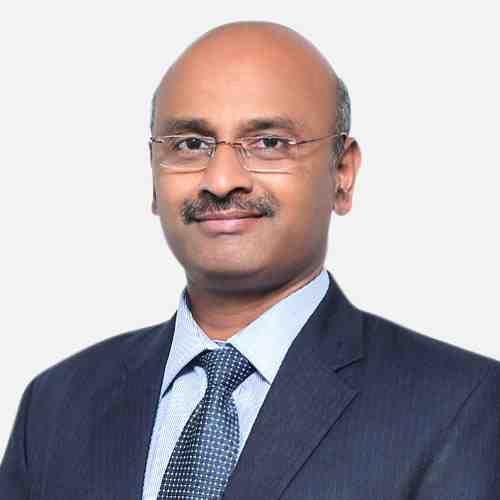 Girish is the President and COO of SLK Group. His strengths lie in strategizing, incubating and scaling business lines and units. Girish's approachability and endearing personality creates an environment that fosters collaboration and creative thinking. 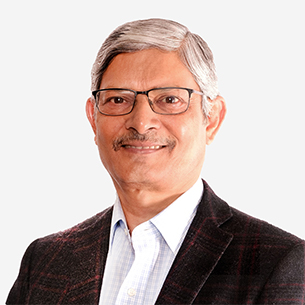 Himadri is the Chief Financial Officer of the SLK Group. Specializing in Finance for over 30 years, Himadri brings an un-paralleled expertise to SLK in its strategy, establishing new ventures, financial modeling, management and governance. 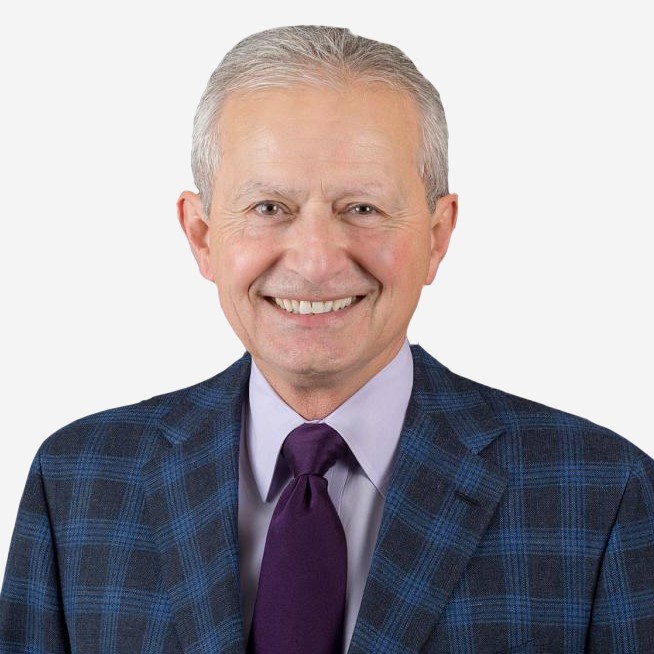 Nicholas M. Donofrio is an American Engineer, IBM Fellow and Former Executive Vice President of Technology and Innovation at the IBM Corporation. He has served as a Member of the Board of Directors of AMD, Liberty Mutual, Aptiv, Bank of New York-Mellon and MITRE Corporation.

Nicholas M. Donofrio began his career in 1964 at IBM, where he remained for 44 years in increasingly responsible roles, including those of division president for advanced workshops, general manager of the large-scale computing division, and executive vice president of innovation and technology.

He served a term as a Senior Fellow at the Kauffman Foundation (2009-2012). He also served on the US Secretary of Energy’s Advisory Board (2008-2012), serving as vice-chair for his last two years of service. He was a member of the CT Board of Regents for Higher Education (2011-2016), serving as its Chairman from 2013-2016. He served as co-chair of the Board of the New York Hall of Science (2007-2017) and now serves as Chairman Emeritus. Donofrio was a member of the National Action Council for Minorities in Engineering (NACME) Board (1982-2002) serving as its Chairman from 1997 to 2002. He also served on InRoads National Board of Directors for several years before leaving IBM.

He is an Executive in Residence at Columbia University’s School of Professional Studies. He is the Chairman of the Board of the Peace Tech Lab in Washington, DC and the Chairman of the Board of Quantexa, a UK based company. He is a member of the board of the MITRE Corporation, APTIV PLC, HYPR Corp., Sproxil Corp., the New York Genome Institute, Syracuse University (Life Trustee), the National Association of Corporate Directors, Security Score Card and Ravenpod Inc. He served as a board member at Clarkson University (1987-1992), RPI (1993-2013), Top Coder (2009-2013), O’Brien & Gere (2013-2016), BNY Mellon (1998-2017), Liberty Mutual (2010-2018) and AMD (2009-2018). He additionally serves as an advisor to Workforce Opportunity Services (WOS), ASTIA, Atlas Research, Mitchells, HBI Solutions, TeraGroup, Bold Start VC, StarVest Partners and the Medici Group.

He earned a Bachelor of Science degree in Electrical Engineering from Rensselaer Polytechnic Institute in 1967 and a Master of Science in the same discipline from Syracuse University in 1971.

Mr. Donofrio is focused sharply on advancing education, employment and career opportunities for underrepresented minorities and women. He served for many years on the Board of Directors for the National Action Council for Minorities in Engineering (NACME) and was NACME's Board chair from 1997 through 2002. He served on the National Board of Directors for INROADS (2005-2008), a non-profit organization focused on the training and development of talented minority youth for professional careers in business and industry. In 2005, Mr. Donofrio was appointed by the U.S. Department of Education to serve on the Commission on the Future of Higher Education, a 20-member delegation of business and university leaders charged with developing a new national strategy for post-secondary education that will meet the needs of Americas diverse population and address the economic and workforce needs of the country's future. In 2006, he was named IBM’s delegate to the World Business Council for Sustainable Development, a coalition of 190 companies united by a shared commitment to economic growth, ecological balance and social progress.

In 2002, Mr. Donofrio was recognized by Europe's Institution of Electrical Engineers with the Mensforth International Gold Medal for outstanding contributions to the advancement of manufacturing engineering. In 2003, he was named Industry Week Magazine’s Technology Leader of the Year, the University of Arizona's Technical Executive of the Year, and was presented with the Rodney D. Chipp Memorial Award by the Society of Women Engineers for his outstanding contributions to the advancement of women in the engineering field. In 2005 he was honored by CNBC with its Overall Technology Leadership Award. In 2006, he was honored by The Cooper Union for the Advancement of Science and Art with the Urban Visionaries Award for Engineering; was named one of Business Week magazine’s 25 Top Innovation Champions, and received the Robert Fletcher Award from Dartmouth College’s Thayer School of Engineering for distinguished achievement and service.

In 2008, he was awarded the Excellence in Leadership Award, U.S. Chamber of Commerce; he was presented with a Gold Medal for Distinguished Service, from the U.S. National Nuclear Security Administration (NNSA), the first-ever NNSA Gold Medal presented to a non-U.S. government employee; was honored with the Director’s Memento of Esteem, U.S. National Security Agency (NSA) for substantial contributions to the United States Department of Defense; and was awarded with the Renaissance Engineer Award, Society of Hispanic Professional Engineers (SHPE), for commitment and promotion of Science, Technology, Engineering and Mathematics for the U.S. Hispanic community in both education and business.

In 2009, he was awarded Toastmasters International Communications and Leadership Award.

In 2010 he received The IRI Medal from the industrial Research Institute, Inc.

In 2011 he received the Ridgefield, CT Library Paccadolmi Award for Leadership.

In 2012 he was give the Rensselaer Alumni Association Award, RPI’s Highest Alumni Honor.

In 2013 he received the Pace University Leadership/Service in Technology Award and was honored with an NACD D100 Award.

In 2014 he received the NYU Engineering School Polytechnic Medal.

In 2015 he and his wife were awarded the Ridgefield, CT Library Hope Swenson Visionary Award


He formed NMD Consulting in 2008 as he graduated from IBM. 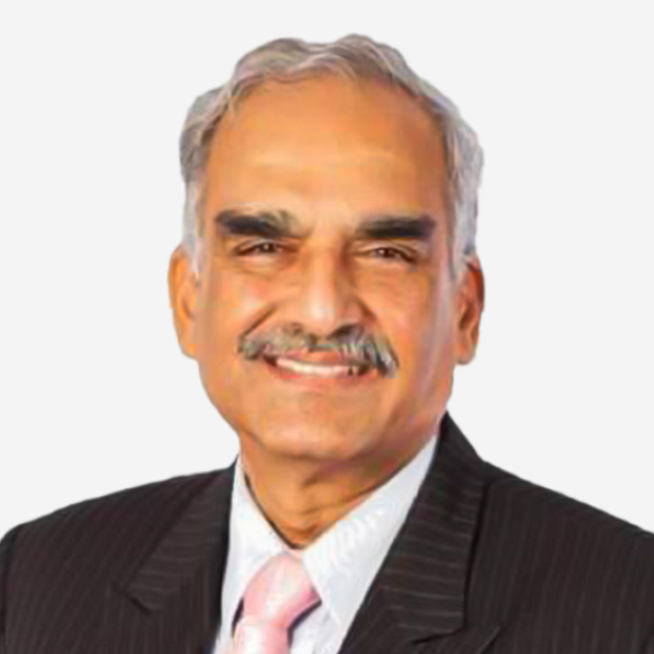 Mr. Sivanandhan is a highly decorated IPS officer who has served in the Indian Central Bureau of Investigation, Intelligence Bureau, and Maharashtra police. He is a Recipient of President’s Distinguished Service Medal, Meritorious Service Medal, and Internal Security Medal.

Currently, Member of Board of Directors of Diageo India, Forbes India, Eureka Forbes, Kirloskar Industries, and RBL Bank. He was also a Member of National Security Council Secretariat under the PMO to revamp India’s internal and external security. He is the strategic security adviser to the RBI and RBS and the Standard Chartered Bank. 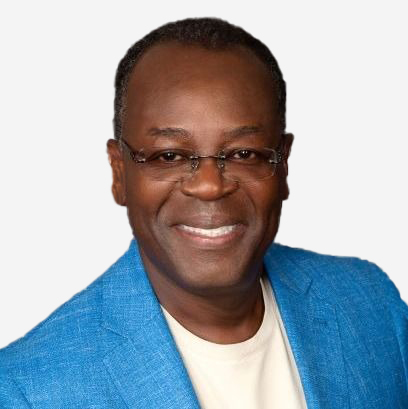 Mr. Adkins received his B.A. in Physics from Rollins College and B.S. and M.S. degrees in Electrical Engineering from Georgia Tech. 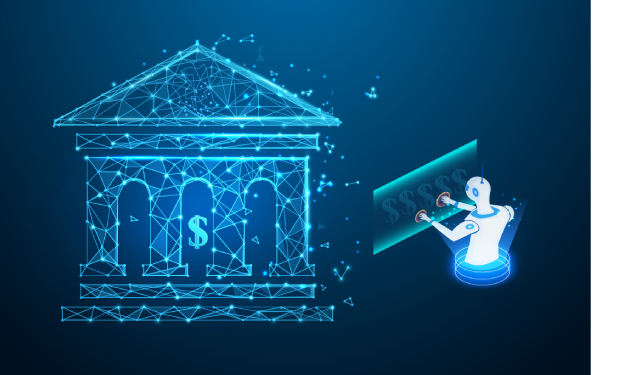 The BFSI sector is undergoing a disruptive transformation through an AI-driven approach to Business Process Automation, Enhanced Customer Experience and data-driven decision making for new Growth Initiatives. These technology platforms and solutions are able to drive towards higher performance, exponential speed-up and high accuracy through intelligent processing of information. V-Labs develops novel AI platforms through the combination of Natural Language Processing, Contextualization, Optical Character Recognition, Handwriting Recognition, Image Processing and Voice Analytics. With our proprietary technology, we are able to provide unprecedented speed and accuracy to automatically handle high volume of financial documents, transactions and data. 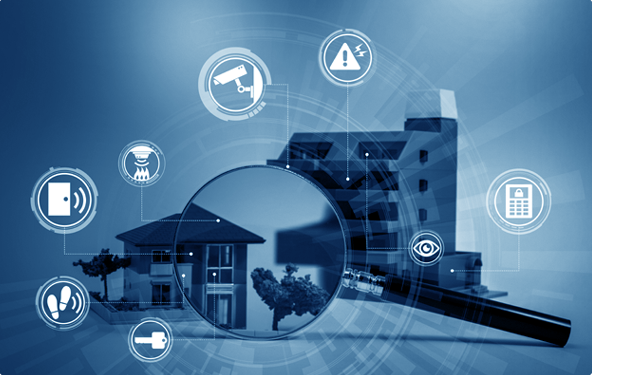 V-Labs specializies real-time image, video and sensor-signal processing of visual and non-visual frequencies. Both time and frequency domain analysis is carried out, to understand, meaningfully extract and process information in real-time using advanced AI and Machine Learning techniques. Several proprietary methodologies including adapative Image and Video segmentation, Handwriting recognition, object recognition etc have been developed and optimized for edge and cloud based platforms.

Real-time Security and Surveillance are of paramount importance in the current world scenario. In most business domains and sectors, the traditional ways of managing security, surveillance and authentication depends on human intervention and previous generation of technologies. V-Labs solutions based on Video, Image and Sensor AI offer digital eyes and brains enabling real-time detection, recognition and tracking. Enterprises and Government sectors can reimagine their security and surveillance objectives to significantly enhance coverage, effectiveness and optimize costs. 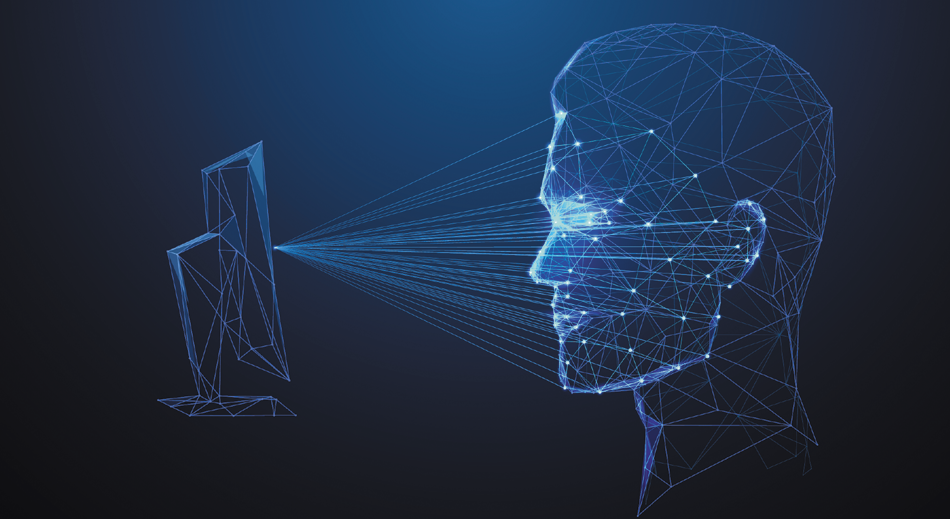 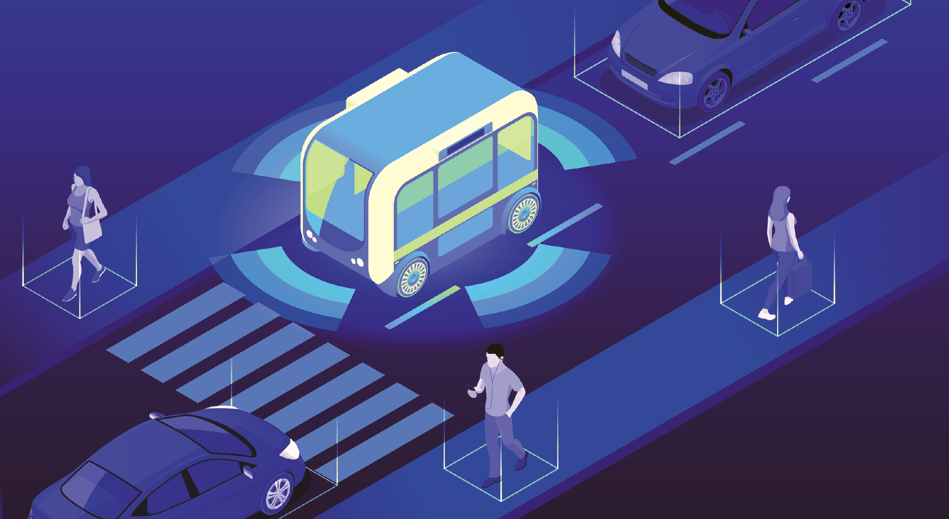 Video and Image Segmentation and Classification 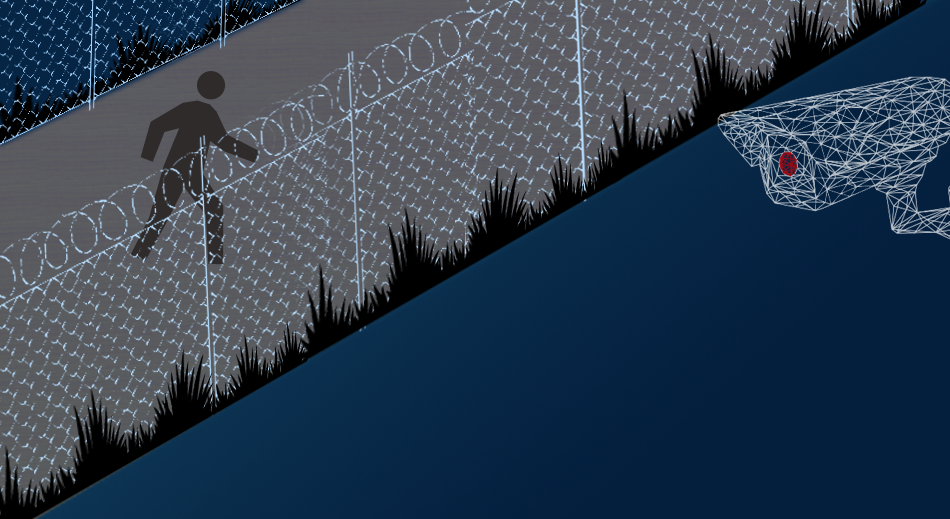 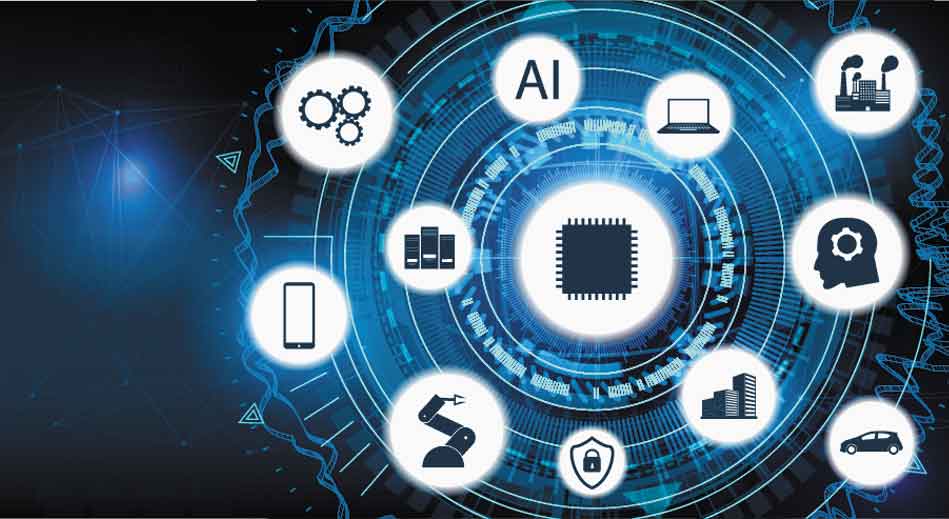 We offer a platform to enable cutting edge research and development, innovation and engineering to develop worldclass AI products and Solutions.

V-Labs is currently hiring in the following areas:

Please send your CV to shreemathi.h@slkgroup.com 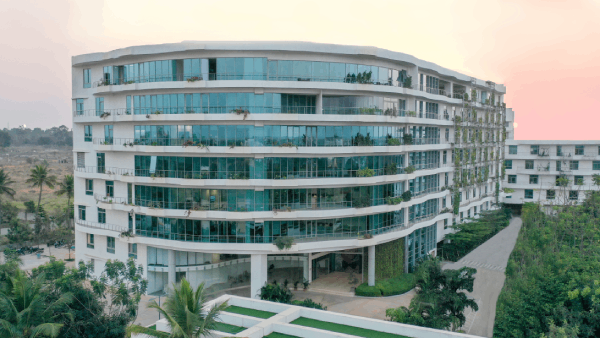